Why and How to Immigrate to Australia 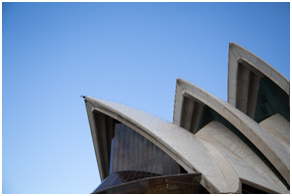 Leaving home is probably one of the hardest things that can possibly happen to anyone… but not if where you’ll be transferring to is Australia! Learning how to immigrate to Australia won’t be a waste of time because aside from its many tourist attractions, it is truly a very progressive country and continues to advance in many different fields and industries every day. There are many things to know about Australia before you decide on stepping onto the plane and fly your way to it.

One of the most admirable factors is its environment.

Australia is the smallest continent in the world but the sixth largest country by area at the same time. It is surrounded by massive bodies of water, earning the title “Island Continent.” That said, it has many beautiful resorts and sandy beaches where you can relax and lie around all day with your family and friends. It also has a very diverse geography, having abundant tropical rainforests in the northeast; a vast, dry desert in the center; and majestic mountain ranges in the southeast, southwest, and east. With such wonderful terrains, you will surely have interest in knowing how to immigrate to Australia.

Another reason why you would want to learn how to immigrate to Australia, is its culture. The country has always been influenced by the traditions and philosophies of the ancient Anglo-Celtic people. Over time, the country’s taste in art and beliefs have evolved. From the towering buildings and architecture down to the cuisine and sports, Australia has bloomed to be a successful and economically advanced community.

Australia’s structures used to be heavily inclined on designs much like the ones in England, having details that resemble the country’s patrons. Its modern themes, however, have now developed into a mixture of various concepts from different nations. Its urban grandeur and natural magnificence are what will make you say yes to finding out how to immigrate to Australia. Another Australian pride that is also considered one of the treasures in the country is its unique set of dishes which are mostly derived from British food. Its contemporary cuisine, however, is now a result of merged influence by Asian and Southern European cuisines.

The most compelling factor which would convince you to transfer to Australia, on the other hand, is its thriving economy. Many investors have now traveled to settle in the country to establish a business. It is a business hub for various industries all over the globe, being one of the fastest growing and most powerful countries in the world. Since the Australia’s demographics is just as diverse as its religion, it often happens to be the spot where innovative products and services originate.

Whether you wish to just visit or stay permanently as a resident in Australia, the country can guarantee a very commendable lifestyle. The opportunity to live in such a great location is nothing but pure privilege and must not be missed once it presents itself.

To know more about how to immigrate to Australia, just click here.

Our joy knows no bound when we received our visa grant letters. We are very grateful to Almighty God who made every process successful. We will be ingrates if we do not thank Kristine Tan who gave us an initial call and opportunity to process this visa. She earns our respect. We are also grateful to Mr Christian Levi who through his professionalism and expertise coupled with his good communication skill started the visa procedures and completed it without any issue. He is so skillful that … END_OF_DOCUMENT_TOKEN_TO_BE_REPLACED

BIG BIG Thanks, heto yung testi ko sa inyo, nasend ko na rin kay Ms. Marium. SUCCESS. Pathways Visas handled my PR application in a very professional manner. They gave me a time frame of 12-18 months, but if I would not count my own delays like collecting all needed documents (2 months) securing my police clearance from Philippines (1 month) then their total working time on my case is only 11 months. I would like to thank Ms. Kristine and Ms. Marium for their very clear and simple yet e… END_OF_DOCUMENT_TOKEN_TO_BE_REPLACED