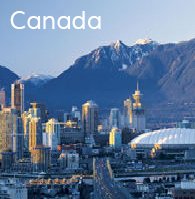 Some people would love to move into a new country not because they have grown tired of their old home, but simply because they like to explore new things or they desire a new lifestyle. Some also migrate to find a better life and opportunities somewhere else. Migration to Canada from UAE, for instance, can prove to be a big leap for one person but, at the same time, allows him to find a more suitable lifestyle and career that would help build his future better. As much as it is a tempting possibility, however, transferring to a new location such as Canada requires preparation and these following reminders:

How to Migrate to Canada from UAE

Take time researching about the country’s culture and traditions

Moving into Canada from UAE is not like just moving around the corner of your street. The two countries have completely different cultures, so it would be wise to do research on the place to avoid conflicts in the future. It is also essential to be aware of the traditions or things that the natives normally do and do not do so as to not offend anyone when one moves. Although it would take a few hours or even days to gather the important information one needs when he takes the hike, it would certainly prove to be useful before, during, and after his stay.

Face it, moving out of UAE to Canada would mean that communication is one’s most powerful tool. There will surely be a lot of things an immigrant would not know about the country and its people, which means asking natives about some information would be inevitable. But what if he cannot understand a single word the locals are saying? For sure it would be very difficult for him to even ask for directions. That said, it would help to listen to a few videos online to familiarize yourself with their language and accent.

Know more about the road laws to avoid traffic violations

There is what people call “ignorantia juris non excusat” or “ignorance of the law excuses not.” Thus, one should be knowledgeable about road signs and laws to prevent him from committing violations and, worse, suffer accidents. Although most rules are the same and are applied in different countries, there are some special traffic policies that are implemented in other areas. Not all countries are as easy as when people transfer to Canada from UAE. Moving to Japan, for instance, can be a very unusual as far as traffic is concerned, because driving on roads means keeping yourself on the left rather than on the right.

Check out the nearest important establishments you would most likely need

Migration to Canada from UAE would mean adjusting to the neighborhood and knowing places like the grocery stores, hospitals, libraries, and malls. This will help a person be more equipped and he would know where to go to in case he needs something from somewhere. Forgetting to bring a toothbrush when one moves out, for instance, wouldn’t be much of a problem if he knows the nearest store or where to buy one in his destination.

To begin your application, we have designed a very quick and easy process to follow that will help us understand your needs and requirements

I applied for Canadian immigration through PathwayVisas Dubai and through their expert guidance and knowledge of Canadian immigration process I successfully got my visa today. Its a big news for me and I give credit to Mr. Chris my visa officer on completing this process very smoothly through out . I recommend Pathwayvisas for consultation on all immigration needs & requirements. Thanks FH (Dubai).

Clear, Prompt and Reliable. My experience with PathwayVisas and my Service Manager (Marium Hussain) is excellent. My service manager was always available to answer all my queries. She is thorough with the immigration rules and regulations. She guided me through every phase of the immigration process with great proficiency. I would like to thank PathwayVisa team and wish them best for the future. Thanks & Regards,

Our joy knows no bound when we received our visa grant letters. We are very grateful to Almighty God who made every process successful. We will be ingrates if we do not thank Kristine Tan who gave us an initial call and opportunity to process this visa. She earns our respect. We are also grateful to Mr Christian Levi who through his professionalism and expertise coupled with his good communication skill started the visa procedures and completed it without any issue. He is so skillful that … END_OF_DOCUMENT_TOKEN_TO_BE_REPLACED

I started off being skeptical because of what I heard about most immigration companies being unreliable, but boy was I proved not only wrong but left with an extremely pleasant experience. Yesterday we received our passport stamping request for PR for Canada and we are so pleased and thankful to Ms Marium, Ms Avantika and Mr Nadeem who managed our case in the most professional manner with no surprises and setbacks. These folks are most certainly skilled, informed and experienced in their profess… END_OF_DOCUMENT_TOKEN_TO_BE_REPLACED

I must tell you that I’m very pleased to have taken the decision of using Pathwayvisas assistance for my first trip to canada. Specially when this trip means a lot to me (a wedding gift), my fiance and myself. MARIUM is knowledgeable, helpful and always responds very quickly to any questions I’ve had. This has been a very good experience.

I am forever grateful to God for linking me up with pathwayvisas for my Canadian PR Visa processing. I got to know Pathwayvisas through their website and since then they have proved their claim as a “reliable full-service immigration company, committed to delivering exceptional client service to all of our valued customers”. In particular, the Immigration case worker (Christian) assigned to me demonstrated expertise and efficiency in getting all my documentations processed. I strongly recomm… END_OF_DOCUMENT_TOKEN_TO_BE_REPLACED

BIG BIG Thanks, heto yung testi ko sa inyo, nasend ko na rin kay Ms. Marium. SUCCESS. PathwayVisas handled my PR application in a very professional manner. They gave me a time frame of 12-18 months, but if I would not count my own delays like collecting all needed documents (2 months) securing my police clearance from Philippines (1 month) then their total working time on my case is only 11 months. I would like to thank Ms. Kristine and Ms. Marium for their very clear and simple yet eff… END_OF_DOCUMENT_TOKEN_TO_BE_REPLACED

Mohamed and I wanted to say thank you so much, from the bottom of our hearts for all your hard work and efforts in getting us the Visa. Your attention and support throughout the entire process took so much of the stress and worry out of preparing the application and we want to say that we’re very sorry for having doubted you. We’ll be recommending Pathwayvisas and you personally to everyone and everywhere we can.

SUCCESS. PathwayVisas handled my PR application in a very professional manner. They gave me a time frame of 12-18 months, but if I would not count my own delays like collecting all needed documents (2 months) securing my police clearance from Philippines (1 month) then their total working time on my case is only 11 months. I would like to thank Ms. Kristine and Ms. Marium for their very clear and simple yet effective guidance. They told me what I needed to prepare even before I signed up with… END_OF_DOCUMENT_TOKEN_TO_BE_REPLACED

We applied for immigration through Pathwayvisas. They did careful evaluation of our case and guided us in each and every step which was extremely essential for our application’s processing. Team has been very cooperative and understanding specially Christian Levi our case incharge, who has been consistently active with us through out the process. We are truly thankful for Pathwayvisas for their professional care.